Antoni Gaudi was born in 1852 in Catalonia. Having excelled in geometry and mathematics at school, alongside learning craft work in his father’s copper workshop, he moved to Barcelona in 1868 to enrol in the School of Architecture where he qualified in 1878.

His professional reputation began to grow and he was regularly commissioned by the bourgeoisie to undertake construction of large ornate homes. In 1883, Gaudi took over design of the Basilica de la Sagrada Familia, a temple of atonement to the holy family, sanctioned for construction by the hierarchy of the Catholic Church in 1881.

Gaudi worked for 43 years on the temple until his death in 1926. His funeral was a grand event in recognition of his status as the greatest architect Barcelona and Spain had seen, culminating in his burial in the crypt of Our lady of Mount Carmel within the Sagrada Familia.

Despite his untimely death Gaudi, had completed the full plans for the Temple along with plaster cast models, and there were many other architects who worked alongside him and took responsibility to ensure his original vision was passed generation to generation, notwithstanding several dangerous setbacks. Most notable of these was the partial arson and sacking of the Temple during the Spanish Civil War of 1936. Whilst works have been regularly disrupted, they have never stopped and always gone ahead according to Gaudi’s original concept, with many methods still considered to be revolutionary even a century after he devised them.

The stone used for the bell towers on the Nativity and Passion facades is sandstone from Montjuic in Barcelona. The quarries in this region were exhausted and closed many years ago, thus meaning original stone could only be sourced from demolished buildings. So began a worldwide search for stone that would match that already used, and it is through this process that the sandstone from Brinscall Quarry, near Chorley, was selected alongside stone from other continents. Armstrongs Group is proud to have shipped many loads of faced stone to be further cut in Barcelona and then form part the ongoing facade construction. 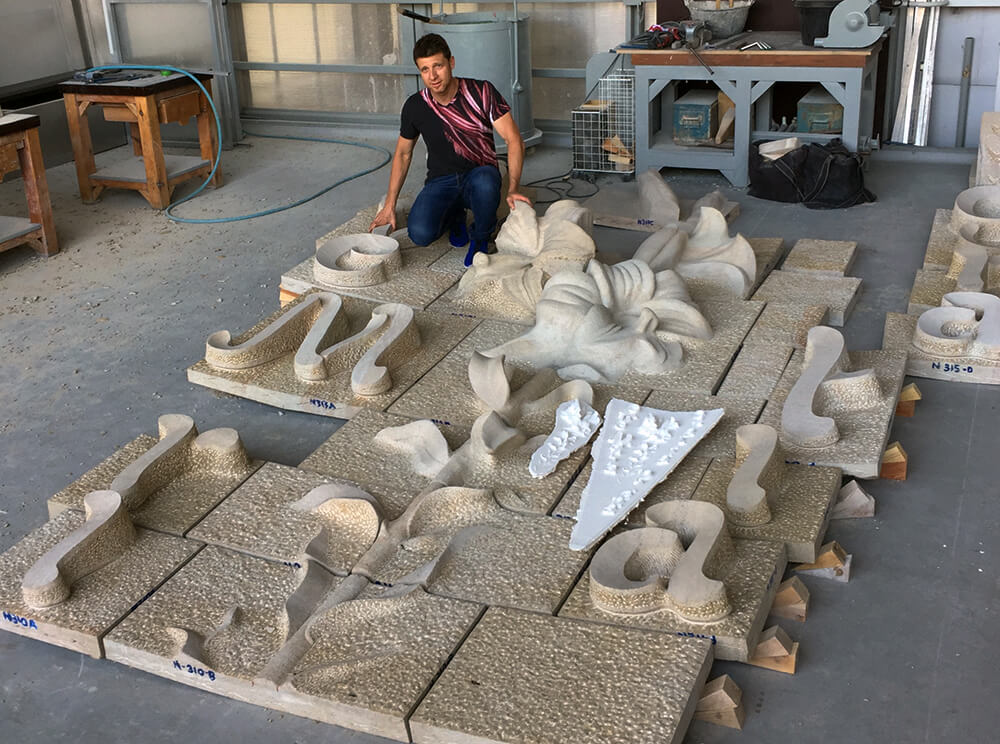 Without doubt this is the most historic and prestigious job any quarry in the UK is currently undertaking and one which all Chorley and the North West should be proud of.

The main projects ongoing today and over the coming years are the construction of the west sacristy and the central towers. The Tower of Jesus is currently being built and it will be flanked by the four Towers of the Evangelists which have also commenced. There will also be a tower dedicated to the Virgin Mary above the apse. The Sagrada Familia will be completed by the construction of the west front, or Glory facade, and presently the ambition is for the temple to be fully restored by 2026, 100 years after Gaudi’s death.

The Armstrongs group regularly receive visits from the Architects and Stonemasons working on the project in order to review the quarry and the latest extractions, and Emma Armstrong visited Barcelona to see works first hand in 2015. Without doubt this is the most historic and prestigious job any quarry in the UK is currently undertaking and one which all Chorley and the North West should be proud of. 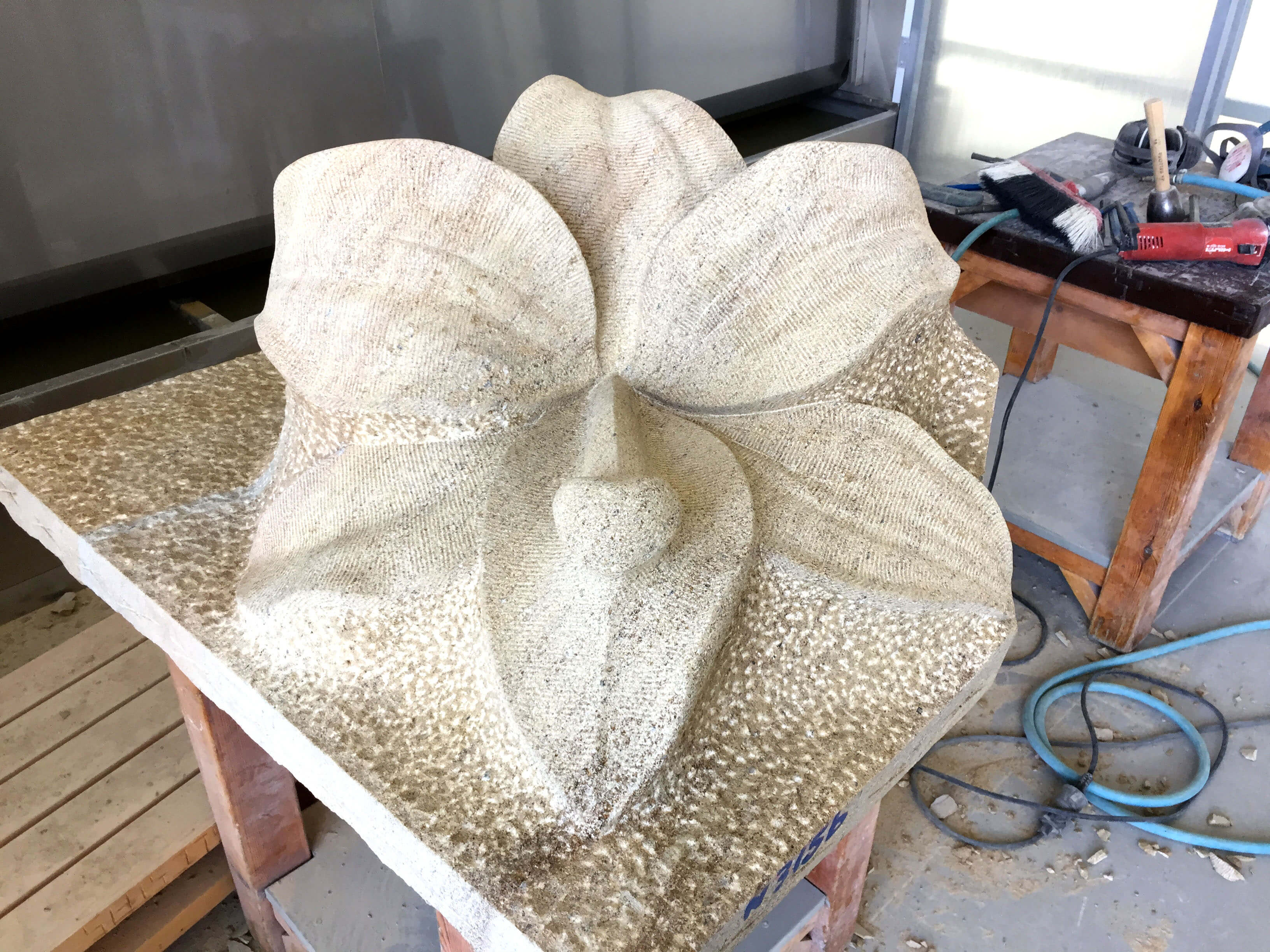 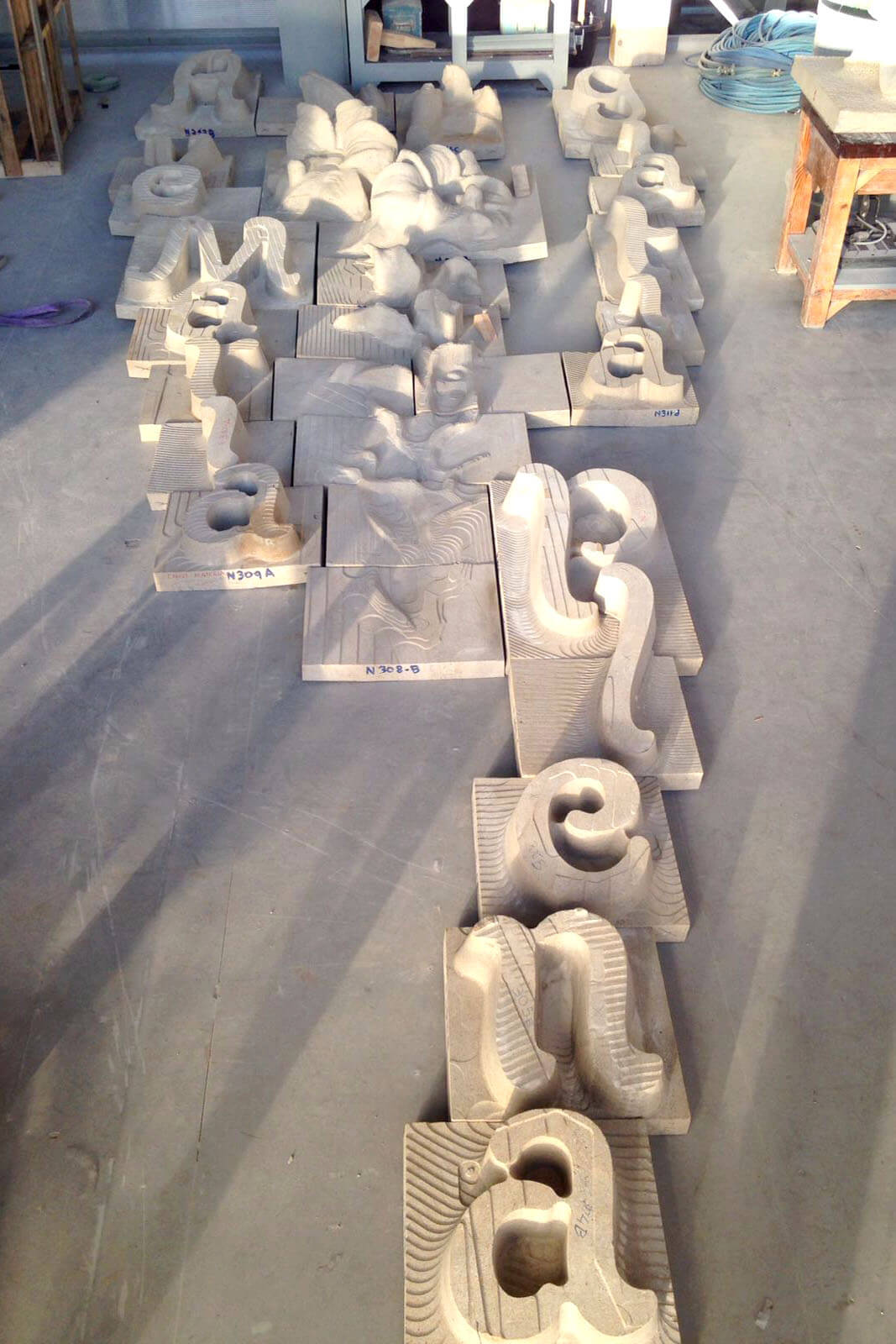